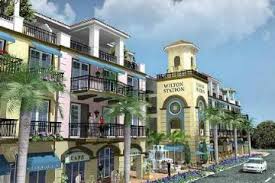 Tucked in between the city of Oakland Park and the City of Ft. Lauderdale, Wilton Manors is called the “Island City” because it is surrounded by the North and South Forks of the Middle River. Wilton Manors has 5 city parks located along the river and the waterways are home to a vast array of birds, mammals and aquatic life. Incorporated as a city in 1953, as of the 2010 census, the city had a population of 11,632. Along Wilton Drive, the city’s Arts and Entertainment District features an array of shops, restaurants and entertainment venues. The location of Wilton Manors makes it easily accessible to Ft. Lauderdale and Lauderdale by the Sea beaches, Ft. Lauderdale airport and the downtown area of Ft. Lauderdale.