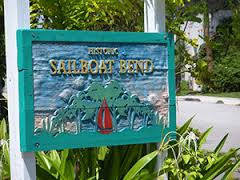 Sailboat Bend is located just south of Broward Boulevard and is a mix of richly restored historic homes, riverfront residences, new luxury townhomes and small bungalow style houses. The lush native vegetation and tree canopy adds to the attraction of this historic area of Ft. Lauderdale. Originally designed to be one of the first working class neighborhoods, it is now the only neighborhood designated as a historic district in Fort Lauderdale. The majority of Sailboat Bend homes were built in the 1920’s to early 1930’s and some are now the oldest and most important historic homes in Broward County. Sailboat bend is also known for its “swing bridge”, a 169 ft. bridge was constructed in 1922 and is one of the few of its kind left in Florida. It opens by swinging from side to side. The location of this neighborhood can’t be beat. It is close to the Broward Center for Performing Arts, Riverwalk, Las Olas Boulevard and downtown Ft.Lauderdale and minutes to Ft. Lauderdale International Airport.